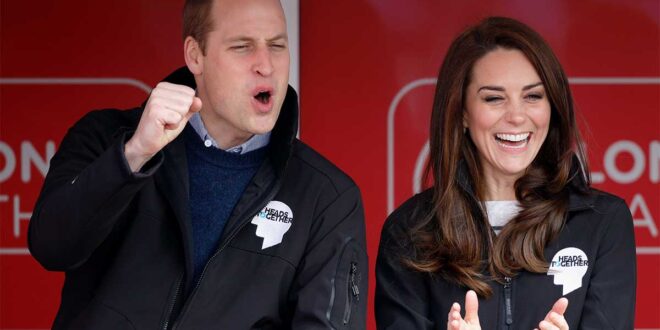 Тhe Duke of Cambridge has two reasons to celebrate this weekend as he marks his birthday and Father’s Day on Sunday 21 June. William, who is a dad to Prince George, six, Princess Charlotte, five, and Prince Louis, two, will turn 38 on the same day as the national day that honours fatherhood.

On Father’s Day 2019, Kensington Palace shared a sweet photo of the Duke playing with youngest son and child, Louis, in Kate’s Back to Nature garden at the Chelsea Flower Show as well as a picture of William and his father, the Prince of Wales, stepping off a helicopter. The caption simply read: “Happy Father’s Day!”

The last time William was able to have double celebrations was in 2015, when Father’s Day fell on his 33rd birthday. The Duke and Duchess of Cambridge had welcomed the arrival of Princess Charlotte on 2 May 2015 and Prince George was just shy of his second birthday. The Duke took part in a charity polo match for his first Father’s Day in 2014, where George was spotted taking his first steps in public while holding on to his mum Kate’s hands.

The palace usually shares photos of the royals to mark special occasions, such as birthdays and anniversaries, while other members of the family often share their own tributes on social media.

Prince William was born on 21 June 1982 to Prince Charles and Princess Diana at the Lindo Wing of St Mary’s Hospital in London. Since his birth, he has been second-in-line to the throne. William met Kate Middleton at the University of St Andrews and the pair began dating in 2003. The Prince proposed in 2010 and the couple tied the knot on 29 April 2011 at Westminster Abbey. Kate gave birth to their first child, Prince George, in 2013, followed by Princess Charlotte in 2015 and Prince Louis in 2018.