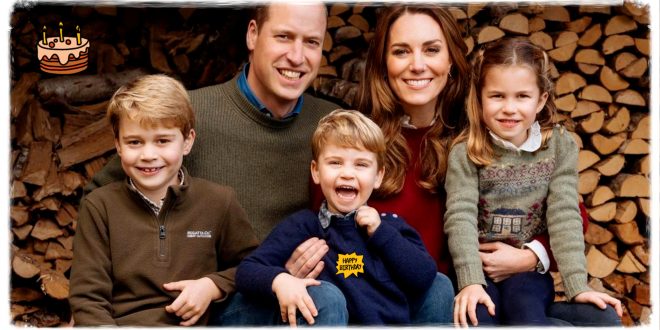 Double Dose Of Celebrations At The Cambridge Household This Saturday

Saturday will be an еxciting time for young royals Prince George аnd Prince Louis as the royal siblings have two special occasions to mark.

The most exciting event for the pair will be Louis’ fourth birthday, and we’re sure his parents will pull out all of the stops to make sure that the youngster has a memorable one. But another key event also falls on the same day, with that being St George’s Day. The event, which marks the anniversary of the death of Saint George, is typically celebrated across the country in a variety of ways including morris dancing or the simple hanging of the St. George’s Cross.

Louis’ mum, the Duchess of Cambridge, is a very hands-on mum, and previously revealed the key part that she plays in each of her children’s birthday celebrations.

Back in 2019, when she appeared in Mary Berry’s A Berry Royal Christmas, she explained: “I love making the cake. It’s become a bit of a tradition that I stay up ’til midnight with ridiculous amounts of cake mix and icing and I make far too much. But I love it.”

Last year, to mark their youngest son’s birthday, William and Kate released an adorable photo of the young royal marking a major milestone – his first day at school.

Louis started at Willcocks Nursery School in Kensington ahead of his big day, following in the fooosteps of his big sister, Princess Charlotte, who also attended the same nursery.

The adorable image was taken at Kensington Palace by mum Kate, shortly before Louis left for his first day at nursery.

It showed the youngster, dressed in a navy jumper and shorts, beaming at the camera as he sits on a red balance bike. He looked ready for his big day ahead as he also carried a navy rucksack.

Louis was probably welcomed by the sight of his favourite toy or a picture from home when he arrived at Willcocks, a gesture for all new children to help them make a smooth transition from home to school.