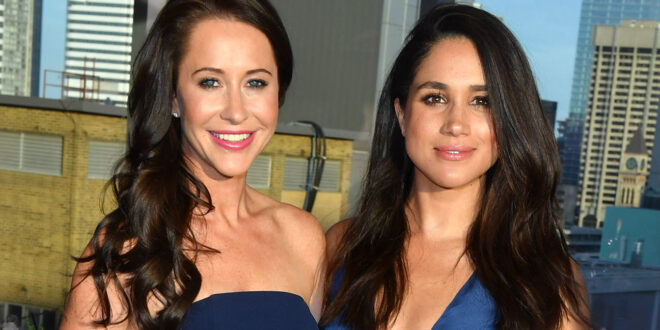 Has Meghan Markle frozen out her best friend?

Accused of racism by Sasha Exeter, an Afro-Canadian influence, Jessica Mulroney is in turmoil. Despite a mea culpa on social networks, the stylist lost her fashion column in Good Morning America and several partnerships with brands.

Trapped, the Duchess of Sussex, who has decided to distance herself, now fears that her former best friend will turn against her. Yet for a long time, Prince Harry’s wife, warned by her entourage, had preferred to turn a deaf ear.

“For some time now, her friends have been worried that Jessica is taking advantage of her relationship with Meghan and using her to promote her brand,” a source told Etonline on Monday, June 22, and continued, “this is something Prince William and Harry have never accepted for any of their friends.

However, the ties between the two women are particularly strong, which explains why the former actress ignored these warnings. “In any case, Jessica has been a great help to Meghan when she has faced certain hardships in the past. She even looked after her son, Archie,” the source says.

Meghan, who has few friends, could therefore, against all odds, give Jessica Mulroney a chance. The Duchess has always been very lenient with her confidant, forgiving her many scandals with a wave of her hand.

Isolated in Los Angeles, will the Sussex, once again, reach out to the sultry designer? Nothing is less certain… The former actress, who is under enormous pressure, no longer wishes to be associated with her, “at least not in public,” a source recently revealed to the Daily Mail.

“Meghan is mortified to have been dragged into this story. She said Jessica was not a racist, but the way she handled the situation left her speechless. (…) Meghan has to do what she has to do to preserve her own dignity and reputation,” she added.