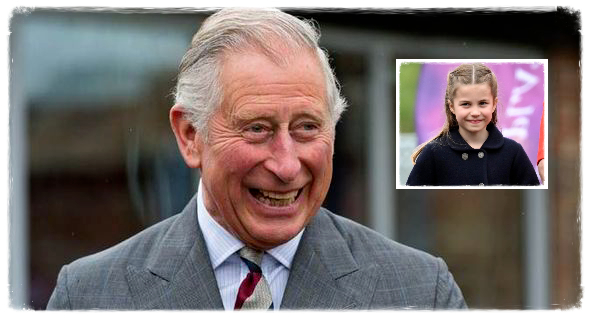 It has been all change for the Prince and Princess of Wales along with their children Prince George, Princess Charlotte and Prince Louis.

In the last two months, they’ve moved into a brand new home on the Windsor estate with all three children starting at their brand new school. The upheaval also coincided with the sad death of the Queen – and the family came together to mourn the loss of their grandmother and great-grandmother. However, all three of the young Wales children are currently enjoying a well-deserved break from school due to the half-term holidays – and have no doubt been spending precious time with their parents.

George, Charlotte and Louis are three of King Charles’ five grandchildren, the other being Prince Harry’s children Archie and Lilibet – and Charlotte his oldest granddaughter.

Of course, as the oldest of the bunch, nine-year-old George’s future is mapped out for him as future King.

But Charles once made a sweet wish about what he hoped Charlotte would do when she is older – and it came just after she was born.

In May 2015, Charles, who was then himself Prince of Wales, was on a visit to his model town, Poundbury, in Dorset a few days after Charlotte’s birth.

He told well-wishers he had been really hoping for a girl and described her as “beautiful”.

And he added: “I am thrilled. I was hoping for a granddaughter – someone to look after me when I am very old.”

It’s not known exactly what seven-year-old Charlotte and her brother George and Louis have been up to exactly during their time off.

But their grandmother Carole, Kate’s mum, has let slip the trio could have some special Halloween activities in store.

Carole revealed she has been growing her own pumpkins this year – and she’s looking forward to decorating them with her family.

She talked about the plans in an Instagram post for her successful party supplies company Party Pieces, where she talked about her love of autumn weather.

She said: “Halloween is an autumn highlight for me. I can still remember the fun and frights from my own childhood; the chance to dress up, decorate pumpkins and go trick-or-treating!

“I’ve even grown my own pumpkins this year, so I’m looking forward to decorating those with my loved ones.”

Carole is a grandmother of six to George, Charlotte and Louis as well as Arthur, Grace and Rose – the children of Kate’s sister Pippa Matthews.