Breaking News
Home / William & Kate / When Will William and Kate Go Back To Work? 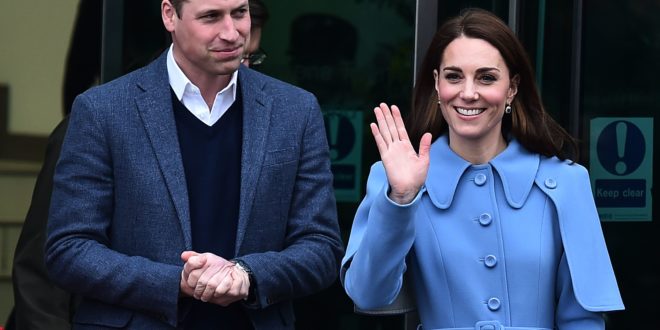 When Will William and Kate Go Back To Work?

Are Kate Middleton and Prince William slacking in their royal duties? We’ve seen them in countless video calls congratulating health services workers and genuinely inquiring about this and that charity.

But in fact many European royals have gone back to in-person work engagements while the British royals continuing to work at home. There’s really nothing scandalous about it, it’s just that some royal experts are watching and commenting!

Are William and Kate right to remain at home to perform royal duties?

For instance, Kate yesterday made a virtual visit to Clouds House, and had a virtual tour as well. It is an addiction treatment center in Wiltshire and she was able to see how they maintained their life-saving work despite the pandemic.

And, last week the Duke and Duchess paid tribute to Australia’s frontline workers in a video message which marked the country’s Inaugural Thank a First Responder Day

William and Kate are also known to have counseled people via a crisis helpline developed by the Royal Foundation while isolating at home in Norfolk.

Now that word has come that further easing of the UK lockdown transpires next week, why is there no plan in place for the British royal family to resume public duties according to the Daily Mail?

It reports that the younger generation of British royals, including Kate and William as well the Earl and Countess of Wessex, are apparently looking into how public engagements may be safely carried out in the future. They must abide by government advice and be careful not to burden resources.

Some European royals are already out and about

So, who is showing up the UK royals in terms of pressing the flesh so to speak? Queen Letizia of Spain, for one went out yesterday sans a protective face mask to visit the Centre of High Performance in the facilities of the Superior Sports Council in Madrid.

She and her husband were both seen without masks, the first time in three months. Spain announced a a four-stage plan in early May to begin easing their lockdown.

And, Queen Maxima of the Netherlands has resumed her public engagements. Last week she went to an Art Museum in The Hague and then enjoyed an evening at the National Theater with her husband King Willem-Alexander.

Princess Mary of Denmark was also seen in public this week when she was pictured at the opening of the new Holmegaard Vaerk Museum.

Share
Previous The Unique Way Kate Parents George, Charlotte And Louis
Next How William, Kate And The Kids Will Watch Trooping The Colour