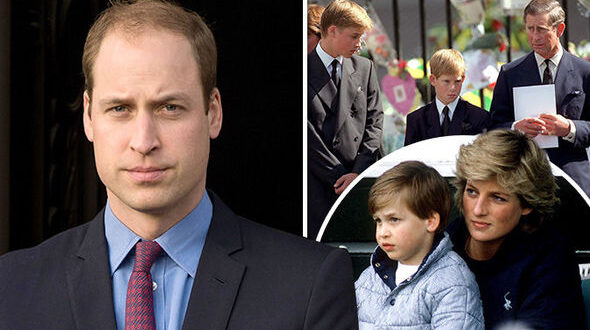 The Heartbreaking Vow William Made To His Beloved Mother, Princess Diana.

It came as a shock to Prince William and after seeing her mother, Diana, he made a vow. When Charles and Diana ended their marriage in 1996, their oldest son, William, was barely 14 years old. At that time, he was a student at Eton College and was studying biology, art history, geography, and played soccer & water polo as well.

He was yet to begin his official royal duties or military career by then because for all contexts and purposes, he was a just normal teenager. Anybody, as a teenager, would be pretty bummed about his parents splitting up. Nevertheless, he had royal blood in him and had gone through a lot, which indeed made him mature at a very small age.

As second in line to the British throne, William recognized and realized his future power. He was able to feel his mother’s pain. William then made a vow or promise to his mother that is both, incredibly heartbreaking and adorable.

Charles and Diana’s divorce was finalized in August 1996, but some drama surrounding her royal title continued. According to some reports, Queen Elizabeth wanted to let Diana keep the style of her royal highness. But then, Charles was ‘adamant’ that she give it up. Instead, she was given the title: Diana, Princess of Wales.

The loss of her title and separation from the rest of the family was in such a way that she had to curtsy to those who had it. This most importantly it even included her own children. Prince William is said to have comforted his mother in a very special way, given his age. After the loss of title, he said: “Don’t worry mummy, I will give it back to you one day when I am king”.

Tragically, Diana was killed in a car crash in 1997. The incident occurred just a little over a year after William made this lovely vow to her. In the decades following her death, both, William and his brother, Harry, have opened up about their mother. They have shared stories about their time with her.

They have indeed honoured her impact, with the charities they support and the traditions she’s passed on to them.