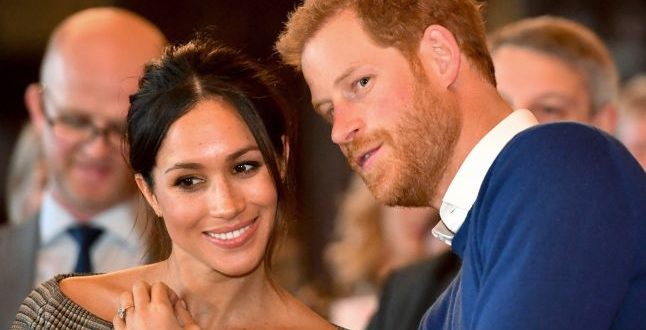 When Prince Harry and Meghan Markle announced their plan to step back as working royals in January, they had big visions for the months ahead.

Leaving the UK and the monarchy behind, the couple planned to carve out a financially independent life. Speculation of high-profile speaking engagements and a Bill and Melinda Gates-style philanthropic empire swirled.

9Honey’s royal commentator Victoria Arbiter says Harry and Meghan left the UK “ready to start the next chapter” as they completed their final royal duties in March.

“They left on such a high. It had been a spectacular week, they had hit it out of the park in terms of the people they met, the types of engagements they did,” Arbiter explains.

“And then, boom — suddenly we have a pandemic on our hands.”

The threat of coronavirus saw the British royals go into lockdown all over the UK, from Windsor Castle to Scotland, and continue their royal duties digitally.

Over the pond, Harry and Meghan managed to move from Canada to Los Angeles as borders between the countries closed.

Since then, aside from some virtual appearances for causes they support and volunteering with a local food charity, they’ve been lying relatively low.

The Sussexes eventually confirmed they had been planning to launch their new charity Archewell, but delayed due to the pandemic.

“We look forward to launching Archewell when the time is right,” they told UK publication The Telegraph.

“Like you, our focus is on supporting efforts to tackle the global Covid-19 pandemic.”

Arbiter says while it would have been “incredibly frustrating” for the Sussexes to put their plans on ice, they will have maintained a sense of perspective.

“They appreciate that their not being able to launch their charitable endeavour just yet pales in comparison to people that are losing their lives,” she continues.

The launch has been delayed further as the Black Lives Matter movement, and fury over the death of George Floyd in police custody, continues to dominate discourse.

Although Harry and Meghan have been involved in various causes during lockdown, Arbiter believes they are still “desperate” to hit the ground running.

“Like so many people, they’re sort of left twiddling their thumbs, wondering, ‘What does happen next?'” she adds.

Undoubtedly, launching Archewell in the wake of a global pandemic is going to be challenging, given the uncertainty of the world right now.

However, Arbiter predicts the social and economic issues to arise from COVID-19 will serve to guide the Sussexes’ movements in the months ahead.

“There’s going to be a lot that needs their attention, and I think Harry and Meghan are going to be really keen to get stuck in and see where the holes are, see where it is that they can best serve people,” Arbiter says.

“Whether it’s raising money, or starting campaigns, documentaries – all the areas that they’ve shown an interest.

“It’s just, when can they start? When they do, they’re going to start with a bang.”

Share
Previous 8 Pictures Which Prove The Queen And Meghan Have A Close Bond
Next Pandemic parenting: the golden rules William and Kate swear by in lockdown