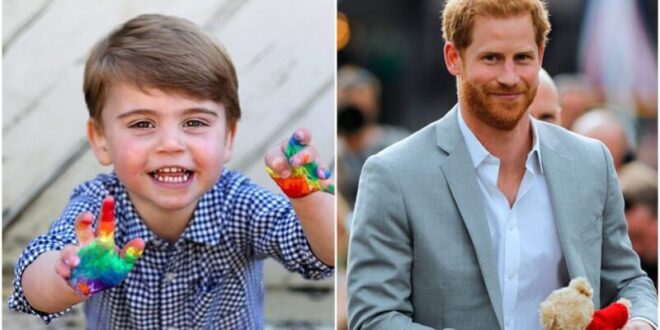 Prince Harry is such a caring and thoughtful uncle. And he spares no effort when it comes to celebrating his loved ones.

So, Uncle Harry reportedly bought his little nephew Louis the perfect gift for his christening. He paid a whooping £8,000 for the first edition of A.A. Milne’s Winnie-The-Pooh book. Prince Harry came up with the gift because his “happiest childhood memories” were “being read a bedtime story by his mother”.

A source revealed to The Sun: “One of Harry’s happiest childhood memories was being read a bedtime story by his mother.

“She loved all the old classics and Harry had the brilliant idea of starting a little library of first editions for Louis, Charlotte and George to enjoy as they get older.

“He originally wanted to get Lewis Carroll’s Through The Looking Glass, which was on sale for £24,000, but decided Winnie-The-Pooh would be more suitable for a first tome.

Author Angela Levin has previously explained how enthusiastic Harry was when he first became an uncle to George.

In her 2018 biography, ‘Harry: Conversations with the Prince’, she wrote: “[Harry] said he had to cuddle the baby prince who was ‘crying his eyes out’ when they met, how it was ‘fantastic to have another addition to the family’, and that ‘I only hope my brother knows how expensive my babysitting charges are’.”

Back in 2017, in an interview with the Mail on Sunday, Harry opened up about the close bond her shares with George and Charlotte.

“The reason I am now fifth is because of my nephew and niece and I could never wish them away.

“They are the most amazing things ever.”